As Deputy Managing Director at rights.tv (2011-2013) she built up and led a team of 20 business affairs and legal professionals based in the UK.  She also launched Rights Resource, a specialised recruitment division.

Michelle also worked for Discovery for more than a decade.  From 2010-11 she was a Consultant VP to Discovery Europe, negotiating hundreds of hours of scripted and non-scripted programming for the launch of TLC across Europe, while between 1999-2009 she was Director, Business and Legal Affairs for Discovery Networks International.  In this role, she supervised teams in London and Asia, negotiated a range of complex agreements around the world and ran international training sessions and conferences.

As Head of Sales and Acquisitions at TVF International (1995-1999), Michelle was responsible for the sales team, as well as buyers of factual programming who acquired from producers around the world. She also pitched and co-developed treatments for international co-productions with US broadcasters.

Michelle is a co-founder of the Business Affairs Network, which has more than 500 members globally and is a regular speaker and trainer at key events and conferences such as Wildscreen and Sunnyside of the Doc.

At Belle Vie TV, Michelle is supported by a small, dedicated team of lawyers and business affairs experts and they consult for a wide range of clients including Scripps, Fox and Discovery. 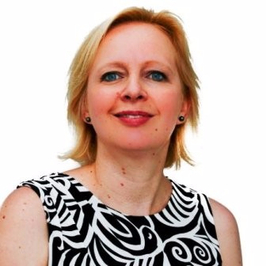 Belle Vie TV has a bank of freelance business affairs consultants and lawyers. If you are interested in joining us, please contact us.